Divorce and separation in Poland 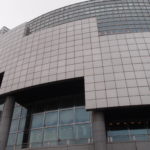 According to current case law, it is not permissible to change an action at the request of a divorce order in a separation case. An advocate from KJS Legal can advise on the selection of a claim (divorce or legal separation), as well as construct a lawsuit and represent during legal proceedings, including appeals.

In the justification of the judgment of 9 September 2009 (file reference number I ACa 565/09), the Poznań Court of Appeal stressed that if, after a separation decision, one of the spouses filed for divorce, the court is bound by the court’s findings in the case of guilty for breaking down the relationship.

A flat fee of PLN 600 is charged on a lawsuit in a separation case.

KSJ Legal Law Firm successfully conducts family law cases, including divorce and legal separation, also in cases where one of the spouses or two is abroad. We advise at every stage of the proceedings, from the preparation of a legal opinion to obtaining a final decision before the court of second instance.