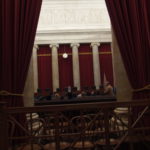 From the literal wording of the provision of art. 30 § 4 of the Labor Code – the employer should terminate the employment contract in the form of a statement in one letter. Therefore, it should be assumed that the employer violates this article if he gives notice in one letter and gives the reason in another – later.

KSJ Legal Law Firm has extensive experience in matters of labor law, including those regarding unjustified or fictitious termination of the employment contract. We advise at every stage of the proceedings, from the preparation of a legal opinion to obtaining a final decision before the court of second instance.