Travelers’ claims in the event of a wasted vacation 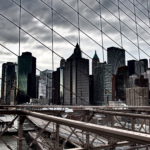 In the light of art. 50 of the Act on tourist events and related tourist services in Poland, the traveler is entitled to a price reduction for each period during which a tourist event is found to be inconsistent with the contract, unless it was caused by the sole act or omission of the traveler (paragraph 1). The traveler is entitled to compensation or compensation for damage or harm suffered as a result of non-compliance of the package with the contract. The tour operator shall immediately pay compensation or redress (paragraph 2).

It follows from the above provision that in the event of deficiencies during organized holidays (e.g. lower standard of trips, forced accommodation as a result of so-called “overbooking”, occurrence of food poisoning and allergies, etc.), the traveler may request the tour operator (travel agency) recuperates in the form of price reduction, compensation or redress.

In Poland in 2003, it was recognized by the UOKiK so-called “The Frankfurt table”, which is used as the basis for settling disputes between travel agents and clients. The table can be found in the interval. The Frankfurt table shows examples of weaknesses in the performance of a tourist event by a travel agency and the corresponding percentage (%) reduction in the price of the event. By way of example:

The amount of price reduction / compensation that a traveler requires from a travel agency should not exceed the values ​​resulting from the “Frankfurt table”, but after adding up the individual shortcomings it may turn out that the traveler should receive a 100% refund for the tourist event.

Based on Article. 50 paragraph 2 of the Act on tourist events and related tourist services, the traveler is also entitled to compensation for any damage suffered as a result of non-compliance. Recital 34 in the preamble to Directive 2015/2302 also states that compensation of damage suffered by a traveler due to the non-conformity of the travel service should also include non-pecuniary damage, such as loss of travel pleasure due to serious problems in the service. The fact that the provisions guarantee travelers both the right to reduce the price value and compensation was also recognized by the Supreme Court (see resolution of the Supreme Court – Civil Chamber of November 19, 2010, III CZP 79/10).

Compensation that may be payable to a traveler in connection with improper performance of the contract is an individual matter. The circumstances of the case will determine its amount. All situations that occurred during the holiday and caused the traveler negative feelings (e.g., a sense of loss of time, discomfort, fears and nerves instead of the desired relaxation and rest) will increase the amount of compensation.

In accordance with art. 50 paragraph 3 point 3 of the Act on tourist events and related tourist services in Poland, the tour operator may be released from liability for damage suffered by the traveler, if the non-compliance was caused by unavoidable and extraordinary circumstances. According to art. 4 clause 15 of the Act on Tourism and Related Travel Services, it was pointed out that unavoidable and extraordinary circumstances meant a situation beyond the control of the party claiming such a situation and whose effects could not have been avoided even if all reasonable measures had been taken. Recital 31 in the preamble to Directive 2015/2302 states that unavoidable and extraordinary circumstances may include, for example, ‘warfare, other serious security issues such as terrorism, significant threat to human health, such as an outbreak of a serious disease in a target travel location or natural disasters such as floods or earthquakes, or weather conditions preventing safe travel to the destination agreed in the package travel contract. “

KSJ Legal Law Firm has extensive experience in matters related to the responsibility of tour operators. We advise at every stage of the proceedings, from the preparation of a legal opinion to obtaining a final decision before the court of second instance.