Extension of detention on remand 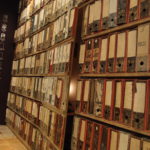 In accordance with art. 263 of the Code of Criminal Procedure (CCP), in preparatory proceedings the court, using pre-trial detention, means its term for a period of no more than 3 months. Extending the use of pre-trial detention for a longer period is possible if such necessity arises in connection with activities aimed at establishing or confirming the identity of the accused, performing evidentiary actions in a case of special complexity or outside the country, as well as deliberate delaying the proceedings by the accused.

The above-mentioned circumstances are enumerated and form a closed catalog. No other circumstance can justify extending pre-trial detention.

Pursuant to the decision of the Court of Appeal in Wrocław, 2nd Criminal Division of November 10, 2011 (reference number II AKz 477/11), “special complexity of the case” within the meaning of article 263 § 4 of the CCP can also be decided, and generally real cognitive difficulties in arriving at findings based on true facts, and at the same time such facts, without which it is impossible to achieve such a degree of certainty as to the suspect’s perpetration and guilt that conditions the termination of the proceedings and their discontinuation or bringing an indictment.

Considering the need and, at the same time, the admissibility of prolonging this preventive measure, must be limited only to the sphere of accusations against the suspect. The prosecutor’s formulation of the indefinite perspective of extending the scope of the proceedings in no way justifies the continuation of the preventive measure (vide: Court of Appeal in Katowice in the decision of 6 August 2008, reference number II AKp 115/08).

When making a decision on prolonging detention on remand, the court is obliged to examine whether it is sufficient to use a less painful preventive measure to secure the correct course of criminal proceedings.

It is worth pointing out, following the decision of the Court of Appeal in Warsaw of 20 January 2007 (reference number II AKp 6/07), that “the fact that the case concerns members of an organized criminal group and not all its members have been detained cannot indefinitely cause the prolongation of detention on remand against the accused ”.

KSJ Legal law firm successfully conducts criminal law cases, including unjustified detention and arrest. We advise at every stage of the proceedings, from the preparation of a legal opinion to obtaining a final decision before a second instance criminal court.