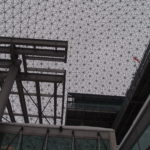 One of the most important elements of any employment contract is the correct determination of remuneration and its components. The Labor Code does not use the terms gross / net remuneration. These concepts have evolved into practice, while in a possible dispute between an employer and employee they should be considered “colloquial”.

The correct answer to this question is gross remuneration, because it is the amount of remuneration from which the employer will deduct the public benefits due (social security and health insurance contributions as well as an advance on personal income tax). The gross amount should also be indicated in a court dispute against the employer for payment, e.g. remuneration for overtime or night hours, as well as in a case regarding the establishment of an employment relationship.

The position presented above has very important consequences for the employee – if the parties indicated a certain amount of remuneration in the employment contract without specifying whether it is gross or net remuneration (or the contract was concluded orally), it is always assumed that it is remuneration gross.

KSJ Legal Law Firm successfully represents employees before labor courts. We advise at every stage of the proceeding, starting from an attempt to resolve the case amicably to obtaining a final decision and execution before law enforcement authorities.